Book 1 in the SOUL’S WARFARE series is titled: THE HOT MARBLE. It is finished. 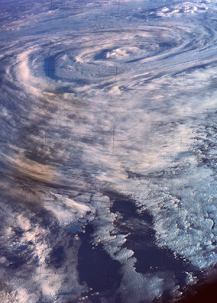 A SOUL'S WARFARE: The Hot Marble is available on Kindle

Book 2 in the series, formerly INVASIONS, is now titled: THE CAVE CHAMBER. It needs a few adjustments. 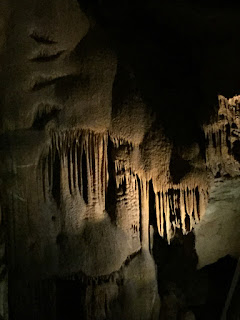 Book 3 in the series is titled: RECOVERY. Writing is well underway.

A Ship named WESTWIND in the 3rd book of A SOUL'S WARFARE: RECOVERY

THE HOT MARBLE won an AWARD!

An excerpt of A SOUL'S WARFARE: THE HOT MARBLE won 2nd place in the Young Adult section of a writing contest: The 2020 Living Water Award Contest!

A Soul's Warfare: The Marble (book 1 in the series)

Lewis, his younger siblings Patrick and Gracie, and his friend Fred are forced to the planet Lanthra. Spiritual beings called "bezubs" lead each of them into danger. Lewis is the brilliant one, and that works against him. Patrick wants to be a hero, but is disabled. Fred betrays his friends. Gracie has a small but pivotal role: to forgive.

Rosemary Althoff describes what the hot marble is.

As of today, June 30, 2020, I've finished two books: A SOUL'S WARFARE: THE HOT MARBLE and INVASIONS. The next book in the SOUL'S WARFARE series is titled RECOVERY. I finished 23 chapters some years ago, got stuck, let it rest until this year, and I'm eagerly making progress now.

This year I'm submitting to agents and publishers in between creating my new story RECOVERY.  The whole process of trying to publish is more tedious than just writing, but it's necessary. Every agent or editor is a potential happy contact.

Suppose I succeed in my efforts? Like you, I'm applying for a great new job. And if I'm hired, I will be prepared for success: Wear nice clothes, stick to a disciplined schedule, learn to speak about my writing. I've started. I'm on my way!
at July 02, 2020 No comments:

Time travel is possible!
Also, people can look far, far back in time by observing light emitted thousands of years ago.

The ancient technology of Lanthra used gravitational resonance as a "locator" for very distant worlds. By amplifying and controlling the "sound" of the gravitational forces between locations, Lanthran magi made contact with worlds such as Earth.

To move from one world to another, they tuned into the resonance. As a straw can pass through a concrete wall when it is smashed just the right way in the hurricane, a person can walk between worlds. (They had better check the atmosphere first.)

The locater looks through the resonance to see and hear the past. Lanthrans can see and hear anything that happened since the creation of a world.

The thoyo-on that Fred calls the "Toy" is the computer system that analyzes the resonance, tunes it, augments it so that magi can look into the past or travel to distant worlds in the present.

The "hot" marble holds the coordinates of the resonance between two points in space. It is a navigational device.

Below is a link from NASA that I find helpful.

Book 1 in the SOUL’S WARFARE series is titled: THE HOT MARBLE. It is finished. A SOUL'S WARFARE: The Hot Marble is available on Kindle ...

Rosemary B. Althoff
Rosemary Althoff has worked in the publishing field from copyediting medical and science textbooks to teaching creative and research writing. Her first book, THE HOT MARBLE: A SOUL'S WARFARE was available on Amazon.com and Kindle. That book is being revised into a SOUL'S WARFARE series.